Senior classes from our school returned from graduating-class excursion

A diary of our journey in France and Spain

This year all four senior classes from our school decided to go on a school leavers’ excursion together. Our final destination was Spain, but we also visited parts of France. We’d had a fantastic time so we decided to share with our schoolmates the diary of our trip.

On the 30th August 2017, at 6 am, sleepy but excited, we boarded our luggage on the bus and started our seven-day journey. After a long and exhausting ride we finally arrived to Monaco. Passing through this high-end principality we saw huge luxurious buildings stacked on top of each other, each built in its own architectural style. Our first stop was a perfume factory in Èze. After seeing what it had to offer and, of course, smelling all the different fragrances, we went back to Monaco to explore it a bit more. As expected, there were high buildings, expensive cars, huge yachts and diamond filled roads, but to see it in person was amazing. Our next destination was Cannes, a town famous for its international film festival, where our hotel was located. Hungry and exhausted we decided it was time for a proper meal, and so began our scaterred search for food in the city flooded with tourists. Our hectic first day ended with a good night rest at the hotel. 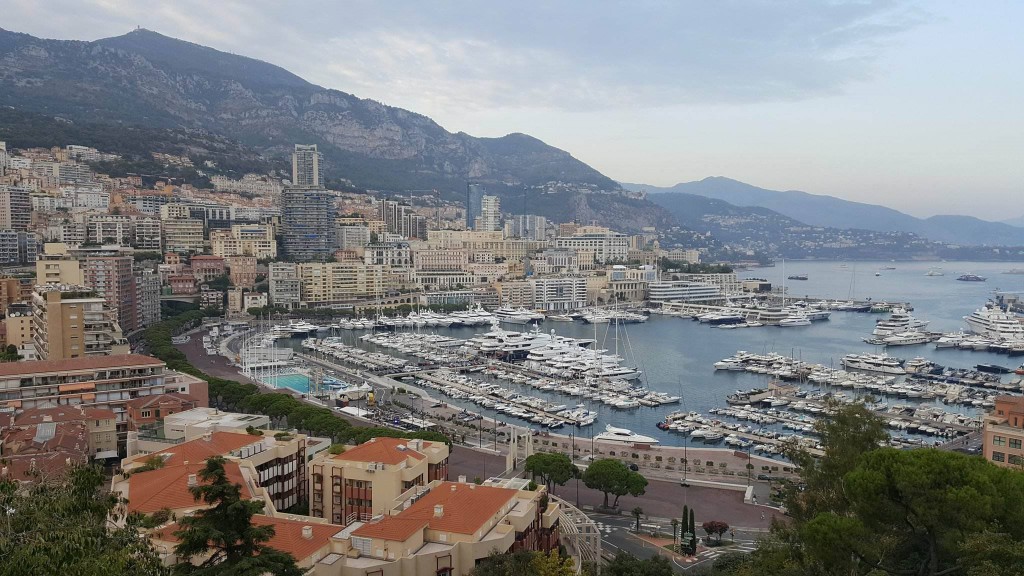 A panorama of Monaco

After having breakfast, we continued the journey across France until we reached our first stop in Spain, Figueras. Figueras is known worldwide as the birth town of a surrealistic artist Salvador Dalí. There we visited his museum which was very interesting because Dalí is known for his odd creations.  Although we didn’t have much time we tried to see as much as we could in this unique museum, and it was amazing to get a glimpse of the life of such an extraordinary man. Having left the museum we got soaked to the skin by the downpour of rain but we didn’t mind it at all. It didn’t take us long to reach Lloret de Mar where we would be located for the majority of our trip. Later in the evening we were taken to a fabulous Flamenco show. They served us sangria, traditional Spanish drink, while we were watching the dancers perform. The highlight of the evening was when our classmates were called on the stage to perform with professionals. When the show ended we headed off to clubs. 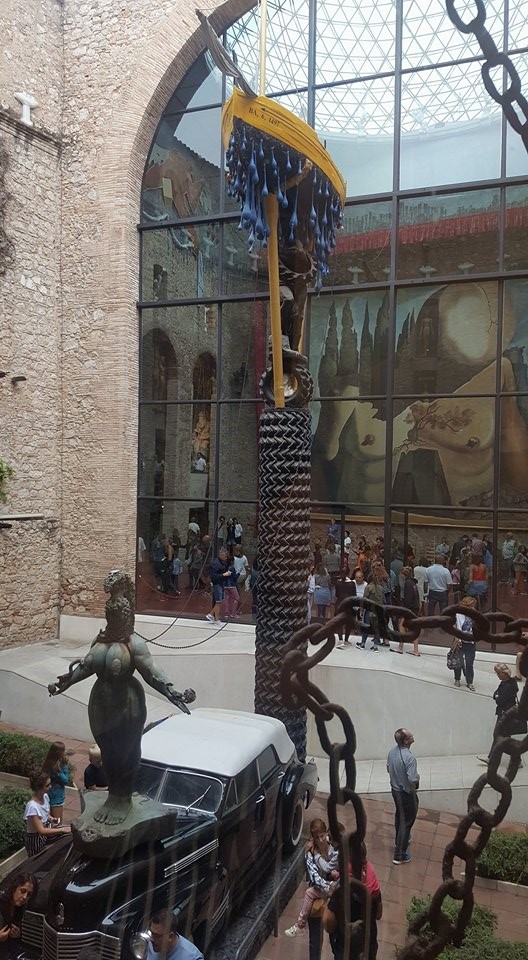 Entrance to Dali’s museum in Figueras

Sunset in Lloret de Mar photographed from our hotel room

The next day we could sleep in until noon, which was generally welcomed by all the students. After lunch we left for panoramic sightseeing of Barcelona. We saw the famous Sagrada Familia, a life-time work of Antoni Gaudí. Later we arrived at the aquarium where we spent about two hours looking at mesmerising Mediterranean sea life, followed by a short stop at the Olympic stadium. After that our next destination was Gaudí ‘s park Guell which has amazing mosaic, the world’s longest bench and small green parrots that inhabit the area. The last thing on our list was the magic fountain show. Beautiful fountains followed by lights and music left all of us speechless. Then we headed to our hotel and, even though it was way past midnight when we arrived to Lloret de Mar, we all got dresssed up and went on with our night. 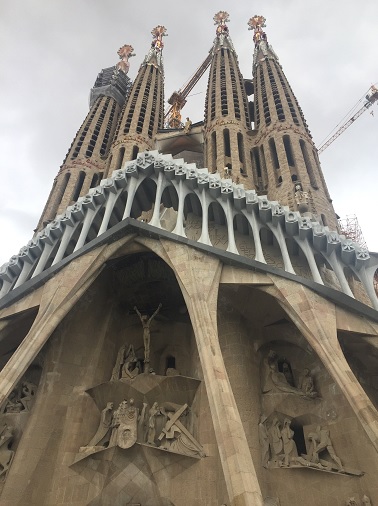 Some of the many species of fish at the aquarium

A view of Barcelona from Parc Guell

The fourth day was a relaxing day. We set out for picturesque Tossa de Mar, which was 15 minutes away. We split into two groups, those who wanted to rest and swim on a beautiful beach and those who wanted to sightsee and explore the town. After lunch we headed off to Water World, an aquapark a couple of minutes away from our hotel. We spent the afternoon there having fun at countless pools and water slides. Before going clubbing we had some extra time to explore Lloret de Mar and its numerous souvenir shops. 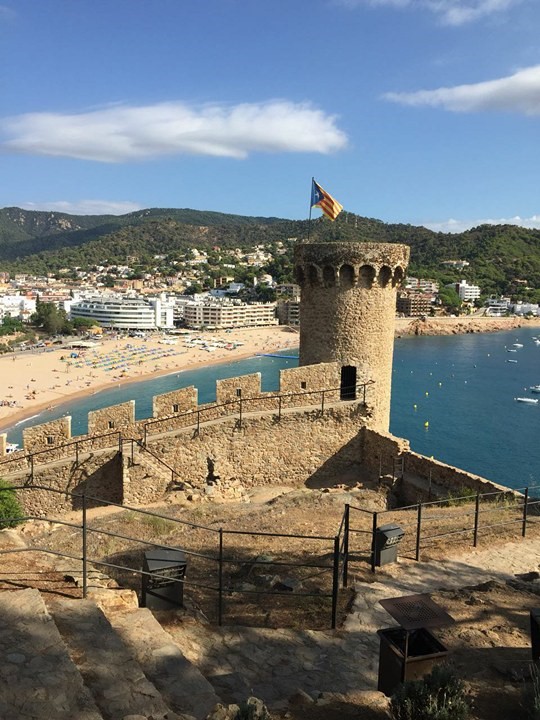 Tossa de Mar with its fort and a beautiful sandy beach

The next day started with another visit to Barcelona, only this time we were exploring the town on foot. We saw La Rambla, the statue of Columbus, the Gothic Quarter, city hall, the Cathedral of the Holy Cross and Saint Eulalia, Picasso’s frieze and a lot more. Our long waited free time in Barcelona finally arrived, which we all used to shop around. In the afternoon we left for Montserrat, a famous sanctuary located high up the mountain and in which the statue of Black Madonna is kept. The view from the top of that monastery was breathtaking. Coming back to Lloret de Mar everyone was getting ready for our last night out.

The morning came and with it time to head back home. We packed our suitcases and sadly parted our ways with Lloret de Mar, where we had such a great time. Arriving to France once again, this time we visited Avignon, a beautiful small town in Provence, which used to be the seat of the Pope. Nice was the next stop on our itinerary. After arriving there and leaving our luggage at the hotel we went out to eat. Needless to say, we were too tired for some extra sightseeing, so upon finishing our dinner we went  to our hotel rooms to get some rest that we all needed.

Avignon, the seat of the Pope in the 13th century

Our last day together started with a relaxing walk through the centre of Nice. We saw the world famous English Promenade, vivid open air market place, the Negresco hotel – one of the most expensive hotels in France, the spacious Massena Square, etc.  Then we got on the bus and started to make our way home. We arrived to Croatia late. We were tired and a bit sad that our journey had come to an end. We had a lot of fun, learned a lot and spent a lot of time with friends. With great drivers and a fantastic guide, and of course our teachers, it couldn’t have been bad. All in all, it was a trip that will definitely stay in our memories forever. 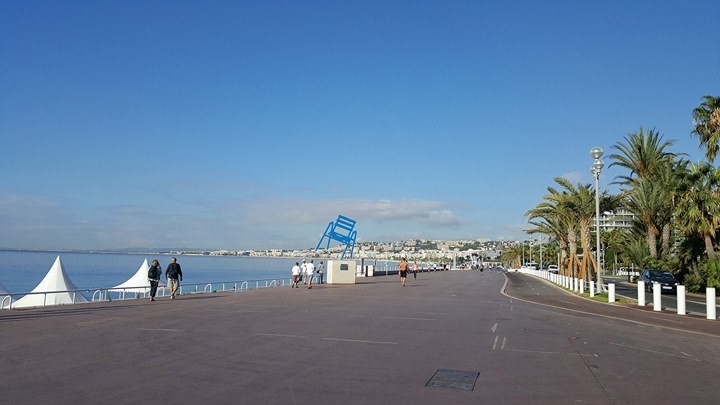 Written and photographed by: Sara Kurnoga and Mia Matrljan, 4D